Van Elle Limited appointed Byland Engineering to undertake the design of a deep basement and bearing piles for a new development on the site of Galaxy House, Croydon.  The scheme comprised a single storey basement with a typical retained height of 3.5 to 4.5m and deeper sections locally up to 6.9m.  Bearing piles were required to support 4 No. multi storey blocks.

The basement was formed using a secant pile wall constructed in two phases.  The first phase comprised 270m of wall formed with 600mm diameter male piles at nominal 900mm centres, locally adjusted to suit the irregular basement layout.  The second phase comprised 170m of wall formed with a mixture of 750mm diameter piles at nominal 1200mm centres and 600mm diameter piles at nominal 900mm centres.  All piles were installed using CFA techniques.  Byland worked closely with Van Elle to determine the optimum pile layout for the wall, producing a detailed numbered pile layout drawing as well as designing the temporary guide-wall and permanent works secant wall.  One key aspect of the wall design was to take account of the adjacent railway lines to the east of the site as well as a number of deeper sections where deep pile caps needed to be constructed against the wall.  Close liaison with the main contractor resulted in a practical and economic solution that was acceptable to everyone. 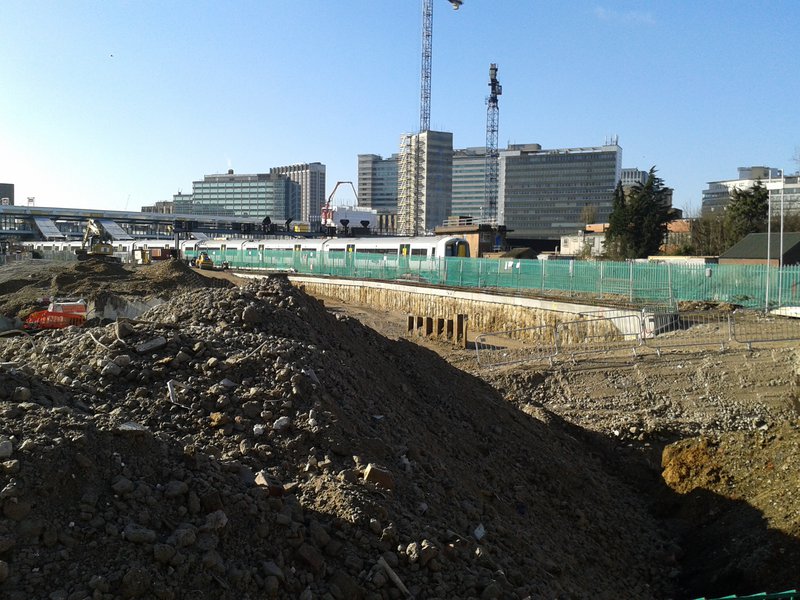 The bearing piles on the scheme comprised a mixture of 600mm and 750mm diameter CFA piles. The initial proposals for the scheme were for piles with higher loads to pass through the Lambeth Clay into the Thanet Sand Formation, however, Byland were able to use our previous experience of the of designing in the Lambeth Clay to shorten the piles and found them within the Lambeth Clay. Subsequent pile tests indicated that this approach was merited and provided a cost saving to the client.

During the construction works an issue was encountered with some of the 750mm diameter piles. The slow rate of penetration into the Lambeth Clay of the larger piles resulted in flighting of the overlying granular soils. Close collaboration between Van Elle, Byland and the structural engineer meant that this issue was speedily resolved through the use of smaller diameter piles formed with higher grade concrete as well as some reassessment of the pile loads. 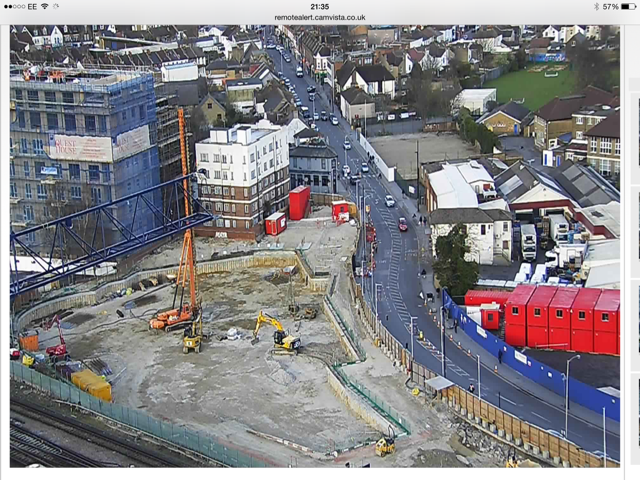