Soil nail strengthened earthworks were specified by the Engineer as a low maintenance and cost effective method of steepening the existing highway cutting slopes to enable an additional lane to be added northbound and southbound providing additional capacity to the busy stretch of A1 around Newcastle. Other solutions such as gabion walls and sheet pile walls were adopted where physical constraints limited the available width for steepening the slopes.

The soil nail works were separated into 10 No. discrete sections, each in the order of 100-200m in linear length and comprised both ‘soft faced’ slopes with angles of 33.7° to 45° and ‘hard faced’ slopes at 65°. The ground conditions mainly comprised Glacial Laminated Clay and Boulder Clay soils overlying Carboniferous Coal Measures bedrock.

Stability analysis were carried out using the specialist soil nail design software Talren, developed by Terrasol on the basis of the concepts and theories used by Clouterre. The program analyses a series of hypothetical slip surfaces of increasing radius based on a defined grid of centres and reports the critical surface that records the lowest factor of safety. 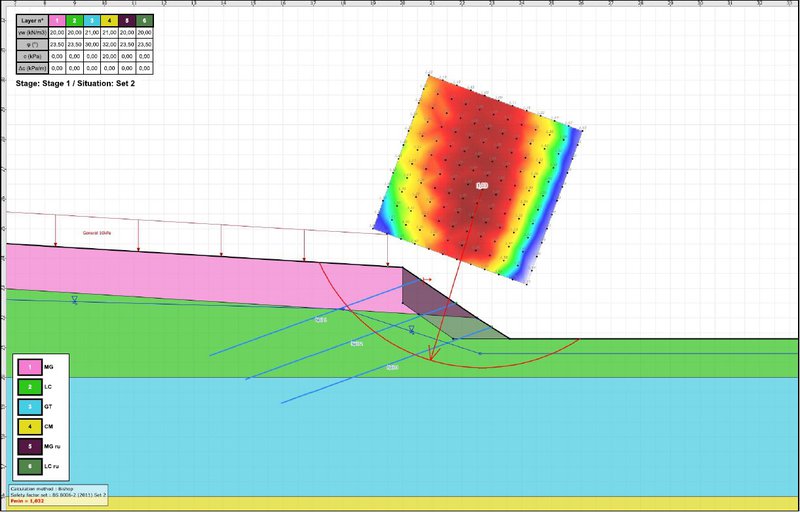 The analyses were undertaken in accordance with BS 8006-2 (2012) which is a partial factor method compatible with the principles of Eurocodes. Approximately 4000 No. soil nails were designed on 1.00-1.75m horizontal and vertical spacing’s based on a diamond layout. The soil nails themselves were typically 100mm diameter open hole bores into which a galvanised 20mm Dywidag GEWI threadbar was placed along with a neat water cement grout. ‘Soft faced’ slopes up to 45° were finished with a flexible facing of Maccaferri Macmat_R and ‘hard faced’ slopes of 45-60° were finished with a 150mm thick layer of reinforced shotcrete. 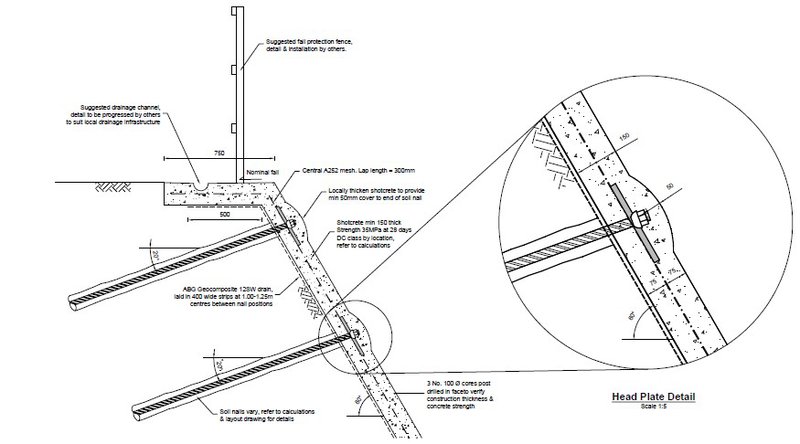 A detailed regime of both preliminary sacrificial and working acceptance tests were undertaken at each design section to validate the calculated geotechnical bond stress used in the design and verify satisfactory construction.

Byland produced a complete design calculation package for each section, including interpretation of the ground conditions, stability analyses, verification of the facing and a detailed numbered soil nail layout drawing for construction, which were independently CAT III checked by Arup. In addition, Byland provided ongoing technical assistance throughout the works to modify the designs to suit unforeseen circumstances such as Northumbria Water infrastructure behind the crest of a section of the works.

The works were completed in 2015 and 2016 by specialist sub-contractor Van Elle Limited working for Balfour Beatty. 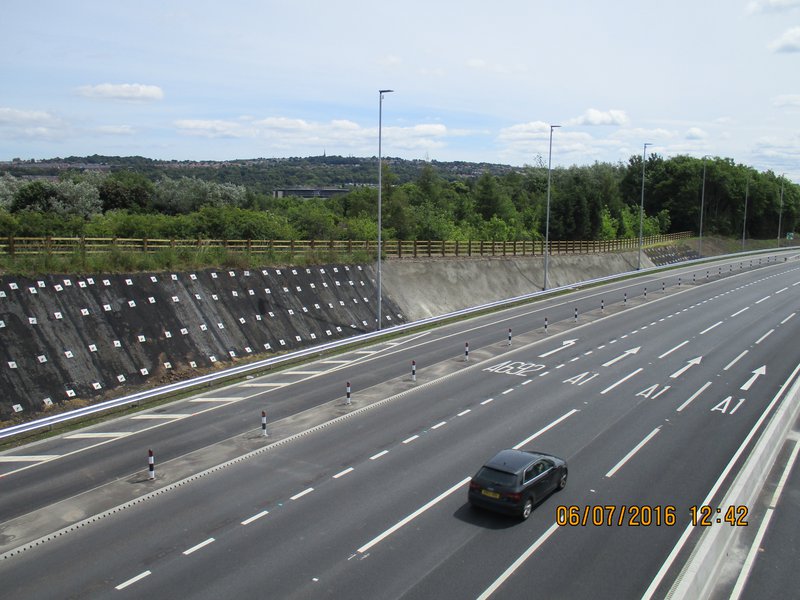